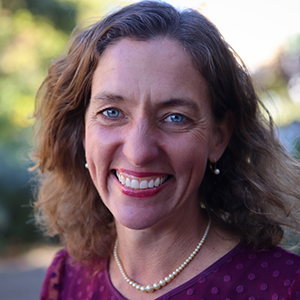 Susan’s career reflects dedication to promoting opportunity and measurably strengthening communities. Raised in Minneapolis, Susan came to Santa Cruz, CA in 1991 and earned her BA in Community Studies at U.C. Santa Cruz. Susan holds a master’s degree from the Stanford Graduate School of Business with certificates in Social Innovation and Non-Profit Management. Susan first encountered SEEDS in 2007 when she scoured the literature for a program that actually achieved measurable outcomes in children’s literacy development through supporting early educators. Through that experience with SEEDS, she became passionate about language and literacy as a key civil rights issue. She won an Effie award for her work on the early childhood campaign, Talk Read Sing, and has been recognized as a “pacesetter” for her efforts to promote equity through literacy and reading development. Susan is the CEO of Community Foundation Santa Cruz County where she oversees the stewardship of $150 million in assets and mobilizes people, ideas, and resources to make the county a place where all people have the opportunity to grow and thrive. In her own service and activism, Susan supports organizations that work to build transformative relationships and bridges to opportunity for children and youth. Susan was elected to the Cabrillo College Board of Trustees in 2008 and served until 2013. She has led First 5 Santa Cruz County (2004-2012) and CASA of Santa Cruz County (1997-2004). She has been a foster parent and is the (undeniably) proud mom of an adult son who is a (favorite) middle school teacher in Monterey. She can often be found running or biking on local trails and loves to bake for friends. Susan hopes that she can give (at least) as much to others as has been given to her.